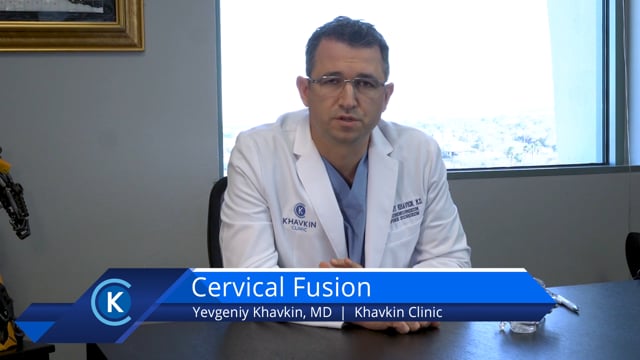 Surgical solutions to problems involving the spine have come a long way, and one treatment utilized in the event of significant deterioration of a disc in the cervical portion of the spinal column can result in the need for its removal and replacement. ACDF, or Anterior Cervical Discectomy & Fusion, is the procedure typically used to treat this specific condition.

An Overview Of ACDF:

Used for the removal of discs in the neck that have become herniated or degenerative, an Anterior Cervical Discectomy and Fusion, known as an ACDF, involves an incision made to reach the spine through the throat. The disc gets extracted through this incision, and a graft put in place to aid the bones on either side of the replacement location to fuse together. This surgery is suggested if more conservative methods, like physical therapy or medications, have failed to relieve the patient’s symptoms.

As is evidenced by the result of the procedure the term discectomy translates literally as “cutting out the disc,” and can be performed anywhere throughout the spine. An ACDF refers specifically to instances where that procedure involves the cervical vertebrae, those that exist in the neck. During this surgery, the disc gets removed from the front of the spine (the anterior part of the spine) through the throat area. This approach is taken to make the affected vertebrae and disc more accessible than it would be if approached from the anterior.

Following the removal of the disc, a spacer will be inserted to prevent the bones from rubbing against each other after collapsing into the created space. This spacer is made from one of several materials and is fused to the adjacent vertebrae using screws and plates. The graft used is composed of one of three substances found below:

Autograft Bone: bone is taken from the patient undergoing the procedure, typically from the iliac crest portion of the hip. This type of bone has a high rate of success due to its composition of the living material of the patient.

Allograft Bone: This bone graft is taken from a cadaver, and lacks the cells and proteins that permit natural growth. However, it prevents additional surgery and is readily available. Living cells and proteins harvested from the spine in the form of shavings of living bone are inserted to aid healing.
Bone Graft Substitutes: Ceramic, plastic, and bioresorbable (able to be absorbed by living tissues) are often used rather than the above.

What type of graft is used varies from case to case, but is typically determined by the overall health of the patient, their concerns, and the opinion of their doctor.

There are multiple potential complications associated with ACDF, including nerve damage, loss of range of motion, blood clotting, numbness, and tingling. These conditions are rare, but they are risks associated with procedures like this one. Consultation with your pain management doctor in Las Vegas, NV will bring you a greater understanding of the process and its associated risks.

Is ACDF Right For My Condition?

ACDF may be right for you if you meet specific criteria, and more conservative treatments for your condition have failed.

Conditions that indicate you may be a candidate include:

If you suspect that you may benefit from an ACDF, it’s time to contact Dr. Yevgeniy Khavkin and discuss your symptoms. Your physician will go over your medical history and perform a physical exam, possibly including imaging if they believe the situation calls for it.